My Trip to Saudi Arabia: Part Three of Three

After finally sleeping in, we headed to our breakfast buffet of dreams (read part two if you missed that reference). At breakfast, we made the plan to go shopping for the first half of the day and spend the second half of the day at Formula E.

What is Formula E?

If you’re not familiar with Formula E, it is similar to Formula One racing except the racecars are electric. It is three days of fun, with live music from international artists, entertainment, cultural activities, and riveting city street racing. So needless to say, we were stoked to check it out! What did I wear? So, they gifted me with an abaya to wear that day. It was this beautiful black and gold embroidered abaya. And then instead of wearing a headscarf, I wore my fair-trade Raven and Lily felt hat. Underneath the abaya, I wore a white jumpsuit, a long, cream blouse, Kendra Scott earrings, and a Claire Murray scarf.

Surprisingly, none of the stores were open in Riyadh during the first half of the day on Friday. Their weekends are Friday and Saturday, unlike our Saturday and Sunday! Also, people in Muslim countries often stop what they’re doing when the call to prayer comes from the local mosque five times daily. But Saudi Arabia is the only country where everything shuts down for the duration. We didn’t know that hehe so our shopping plans had to be postponed. We were leaving super late that night around midnight, so I was a little bit worried I wasn’t going to get any shopping in. Don’t worry, your girl totally did – *hair flip* – but more on that later!

Driving to Formula E…and Cardi B

Our driver Mohammed dropped us off at the front and then we got on golf carts to check out ad-Dir’iyah. WAIT. I didn’t tell you the Cardi B story. Oh my goodness. One memory in Saudi Arabia I’ll never forget was when I plugged in my phone to the car charger and all of a sudden @iamcardib’s “I LIKE IT” started blaring. I. Was. Mortified. Yo girl thought she was going to faint. I didn’t know if that was allowed. I was sweating, worried I might get detained or arrested (dramaaaa). My driver, Mohammed, never spoke and seemed like an incredibly conservative, stern man. But as it hit the chorus, he started lightly waving his hands in the air to the beat of the music and singing along. I let out this massive sigh and we all just started laughing. Who knew Cardi B would be the breaker of a language barrier and cultural divide?! It’s crazy just how MUCH you can assume about a culture you know nothing of. Have you had any interesting moments when in another culture? Tell me below! 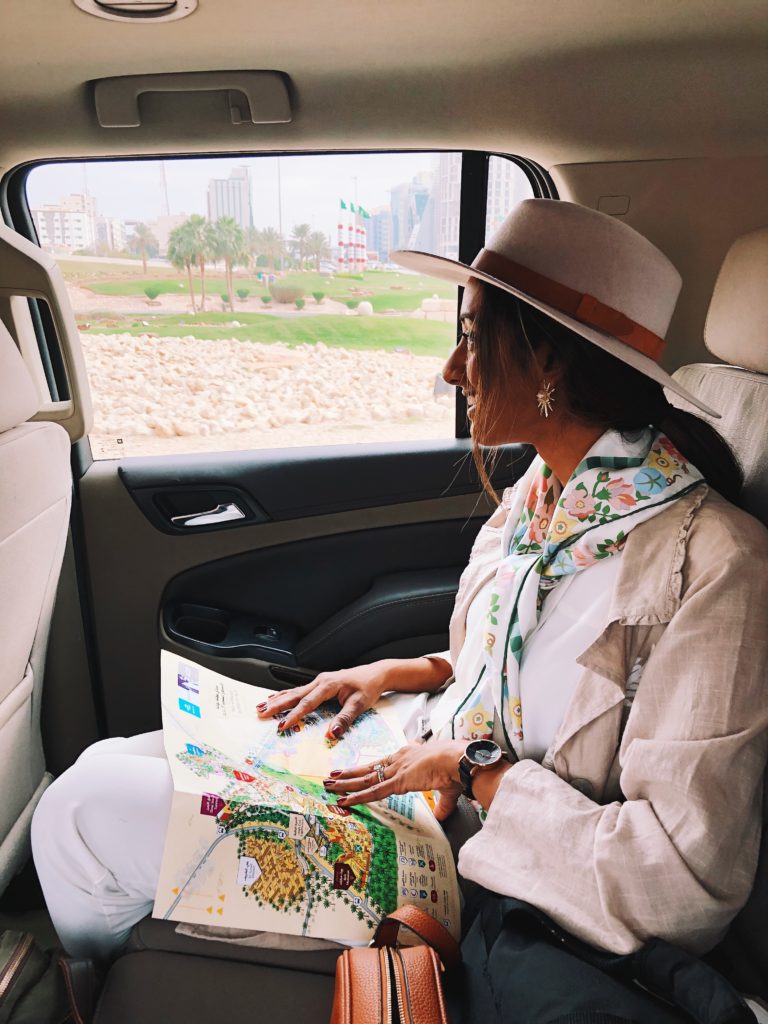 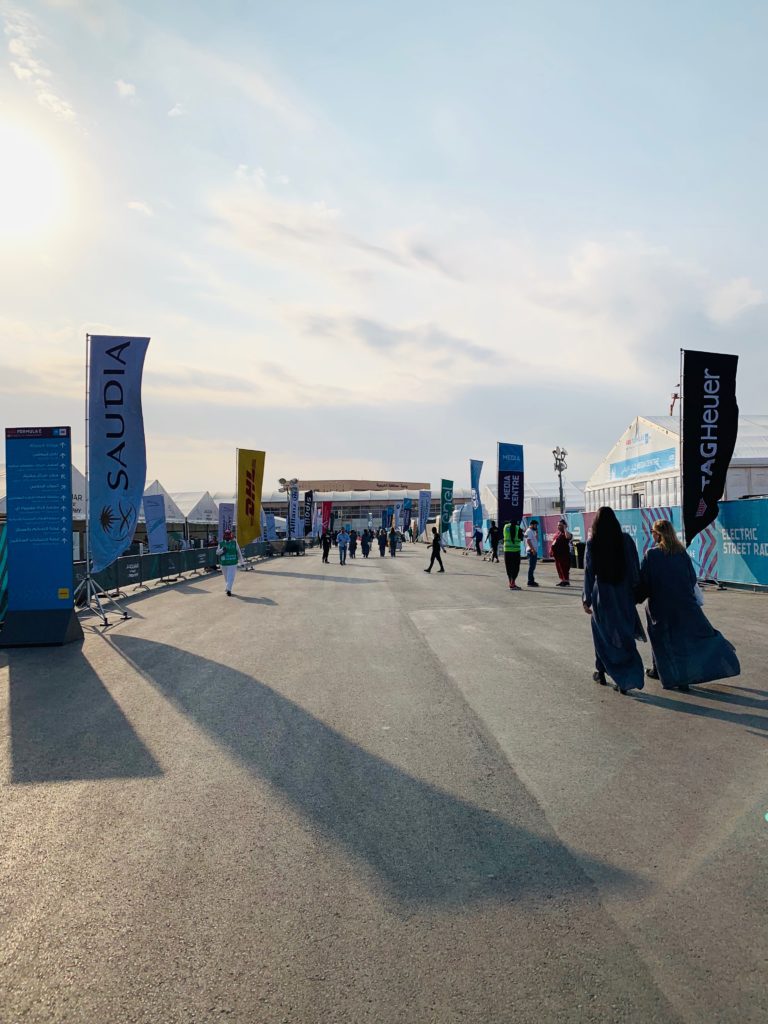 ad-Dir’iyah and the Formula E Village

The first thing we did was get dropped off at ad-Dir’iyah and make time for tea! We love ourselves some good Arabic coffee or tea. We caffeinated hard that entire trip but I think that’s probably why we never succumbed to jetlag! Cultural moment: I was still not used to seeing men with multiple wives and several children, so I had to make sure my usually expressive face minded its own business. After tea, we checked out the Formula E Village. 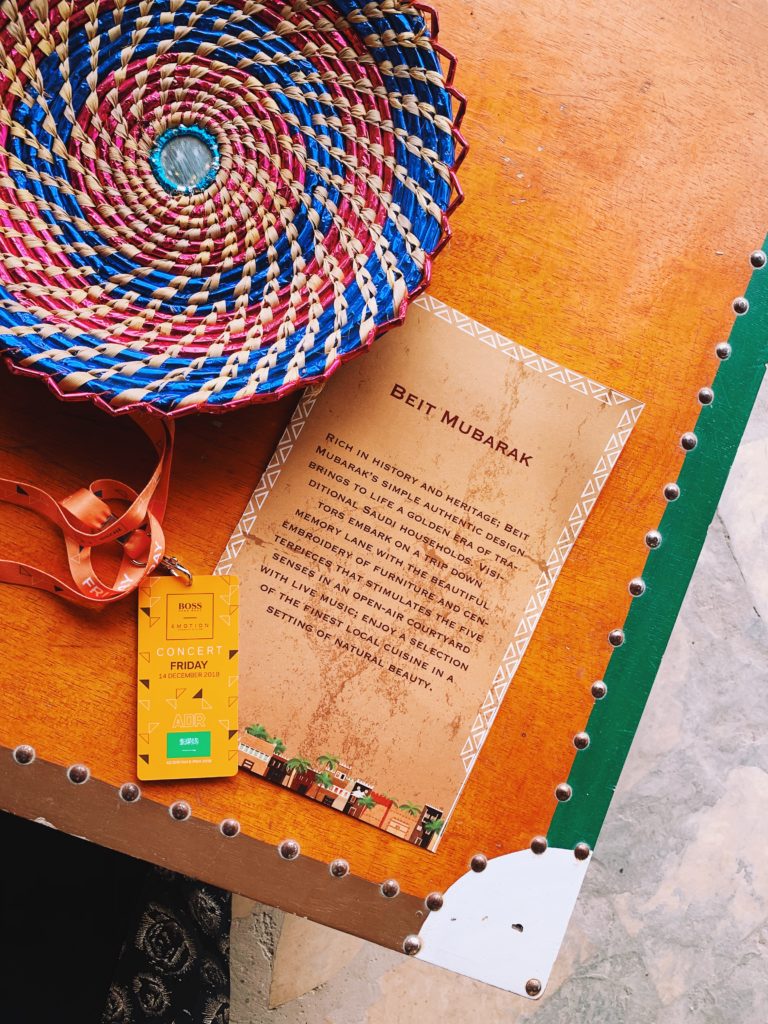 We saw all of the cars, hundreds of other formula E attendees, and even another world heritage site! There were several celebrities and Royals there too, but I couldn’t tell you their names. Hubby and I tried just to keep our cool and act like we knew what we were doing. 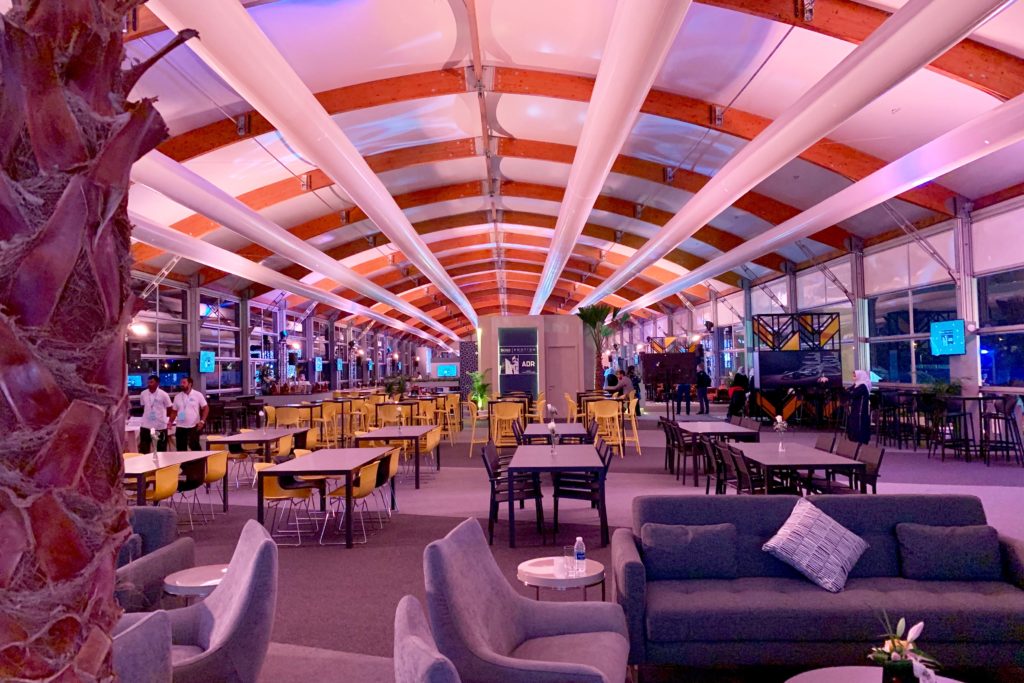 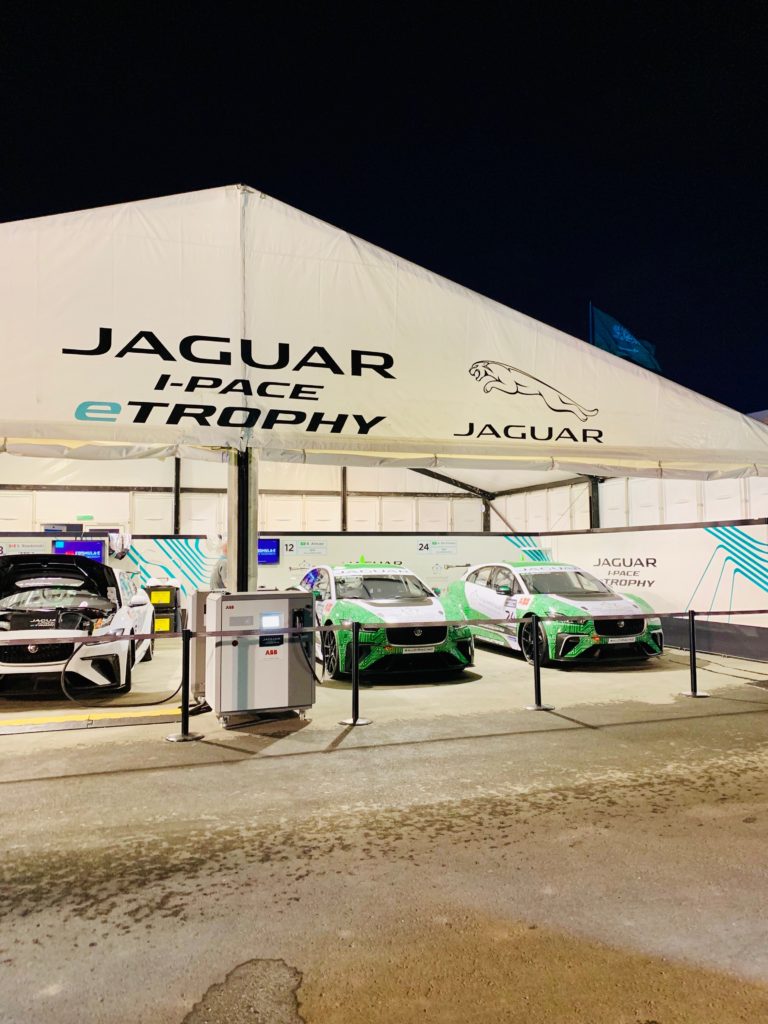 The best part of that day was exploring At Turaif. This world heritage site was the first capital of the Saudi Dynasty. Founded in the 15th century, it portrays the Najdi architectural style. In the 18th and early 19th century, its political and religious role increased, and the citadel at at-Turaif became the center of the temporal power of the House of Saud. The property includes the remains of many palaces and an urban ensemble built on the edge of the ad-Dir’iyah oasis. They let media go through the entrance that only the Royals could go through so we felt pretty darn unique. Probably because our guide was the Crown Princess herself! 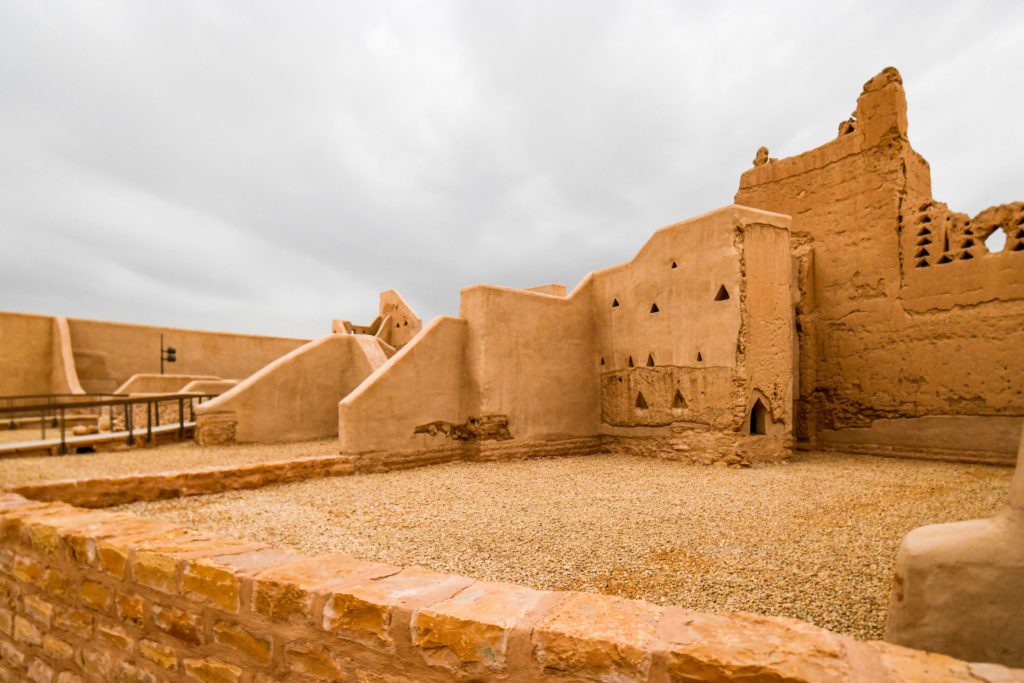 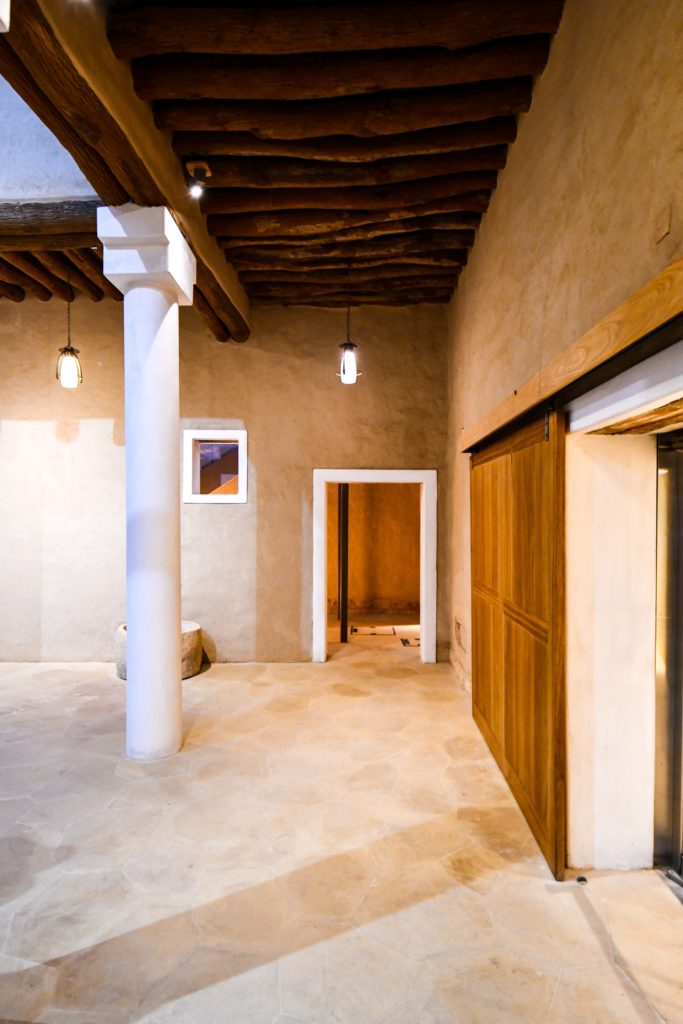 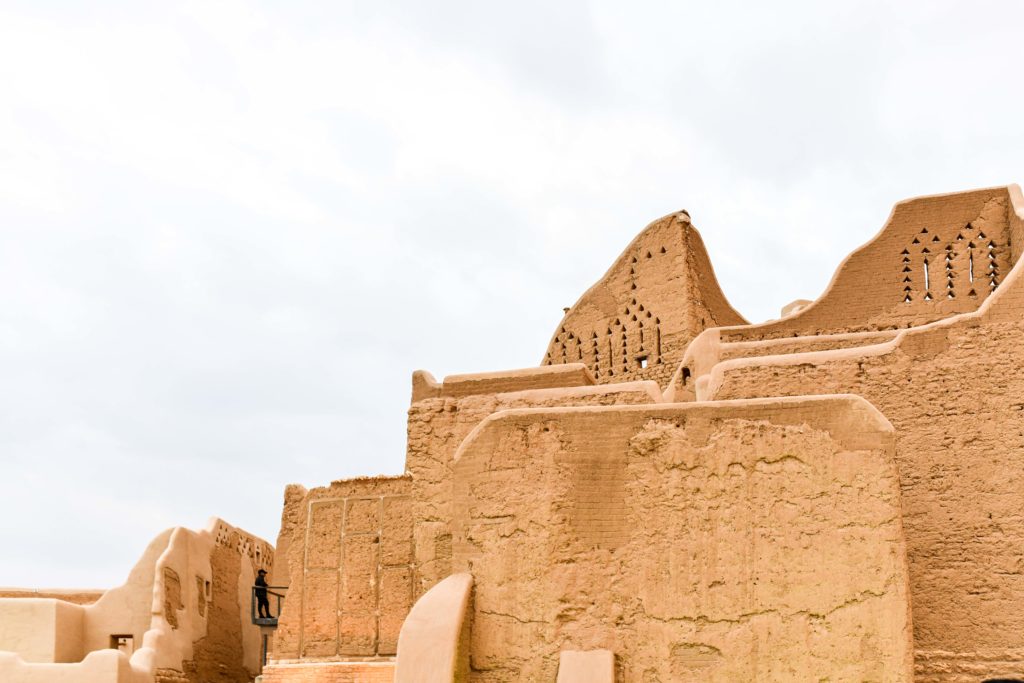 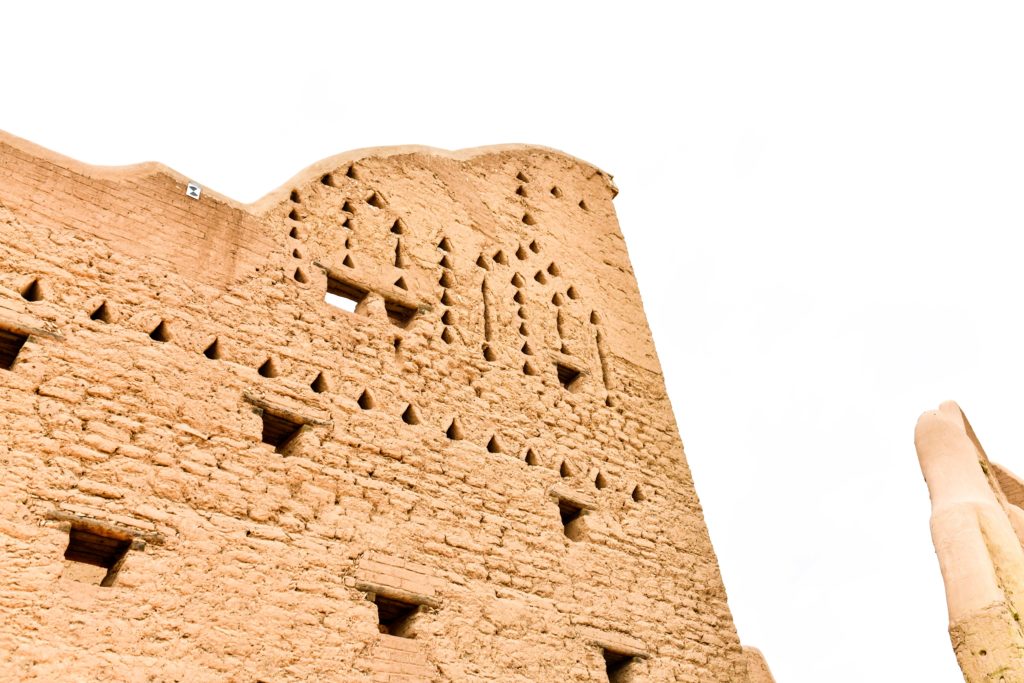 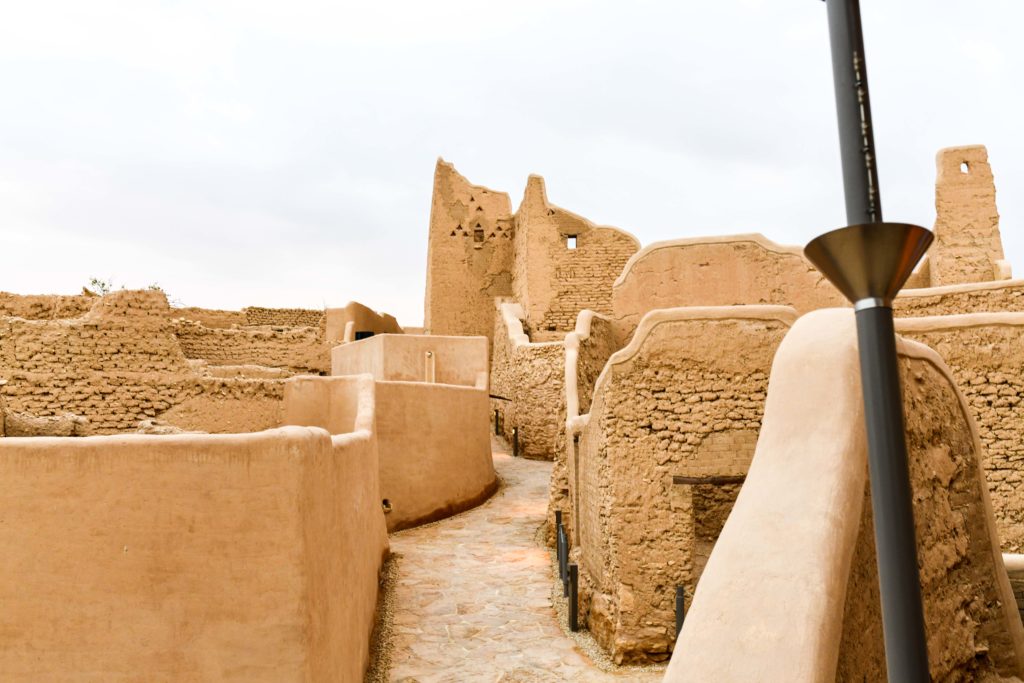 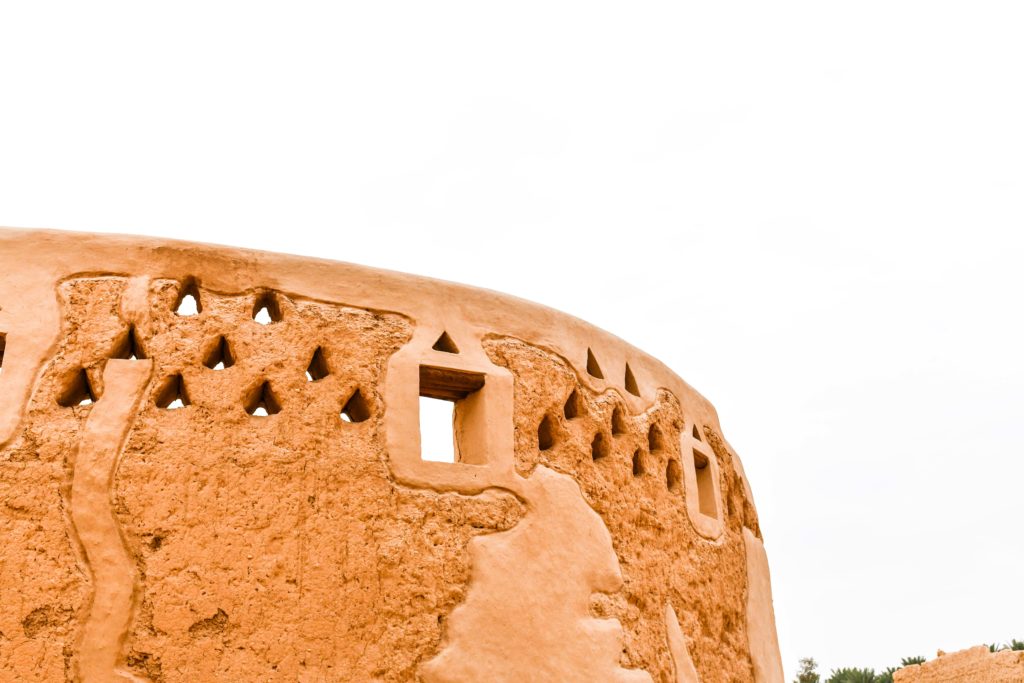 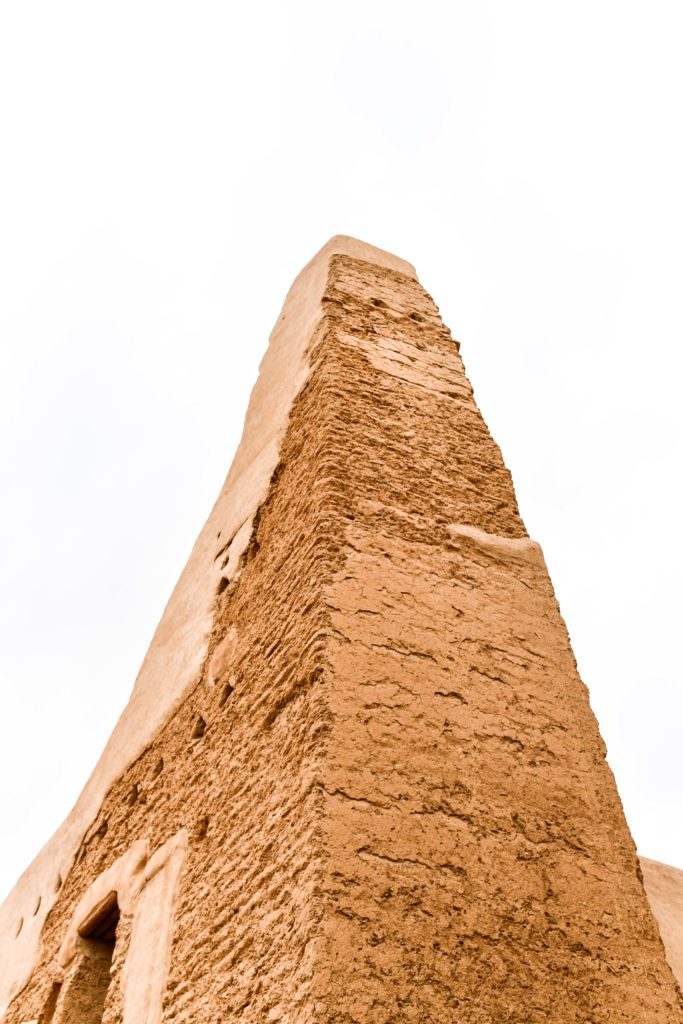 After the tour, we enjoyed the Black Eyed Peas’ concert for a little bit. This was the first time men and women were able to be at a show together, and the first time women could dance in public. After “I Gotta Feeling,” we found our guides and they took us to some stores in the village to shop! Of course, my husband haggled and picked up this gorgeous hand woven, woolen, horse saddle, and a brightly colored rug as well. It was hilarious. There were probably four or five women around him but he kept his ground and felt victorious after those deals were done hahaa! We ended the night with tea and donuts with our sweet guides and then headed to the airport 45 minutes before takeoff! 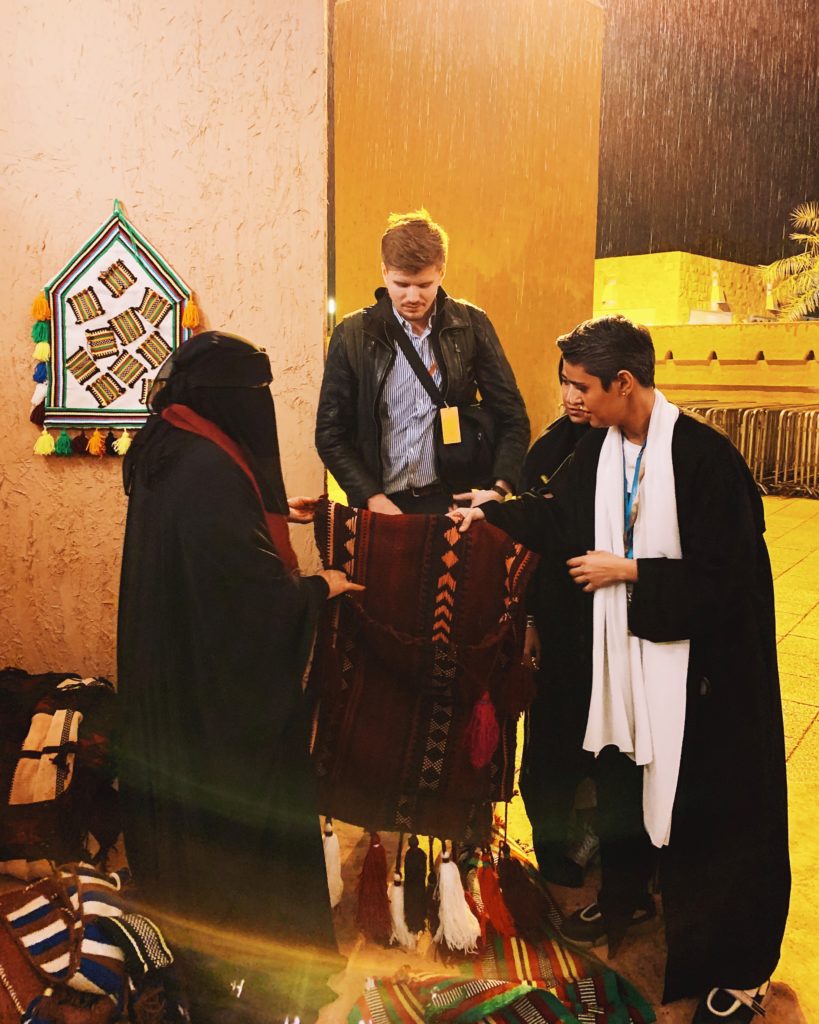 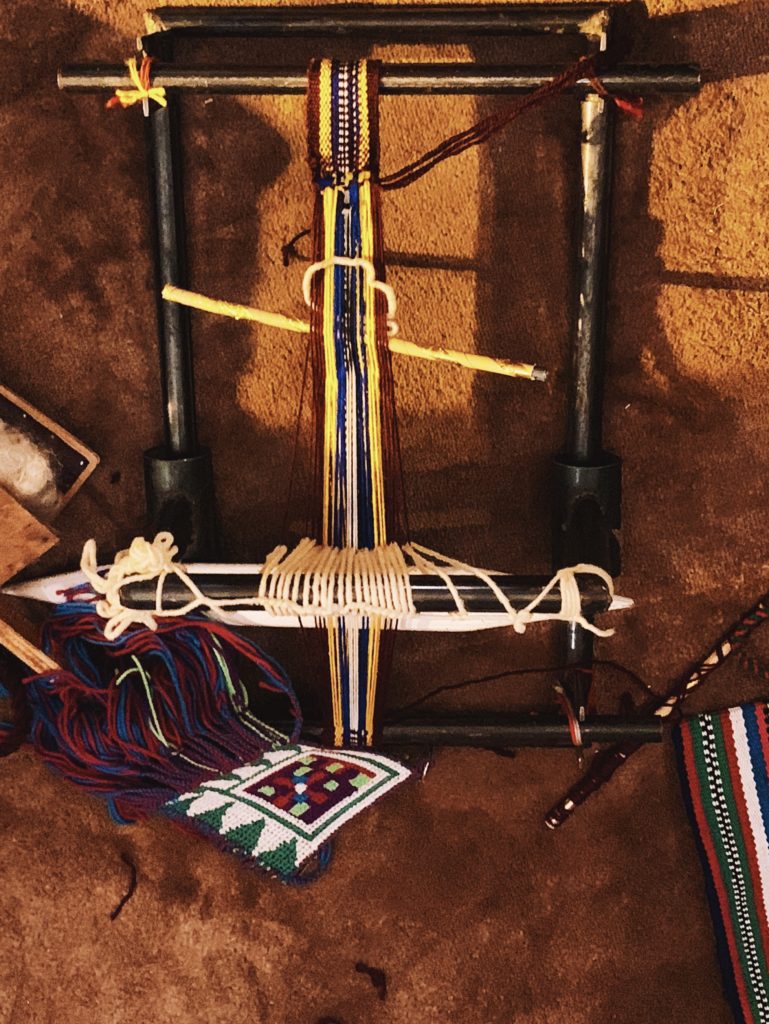 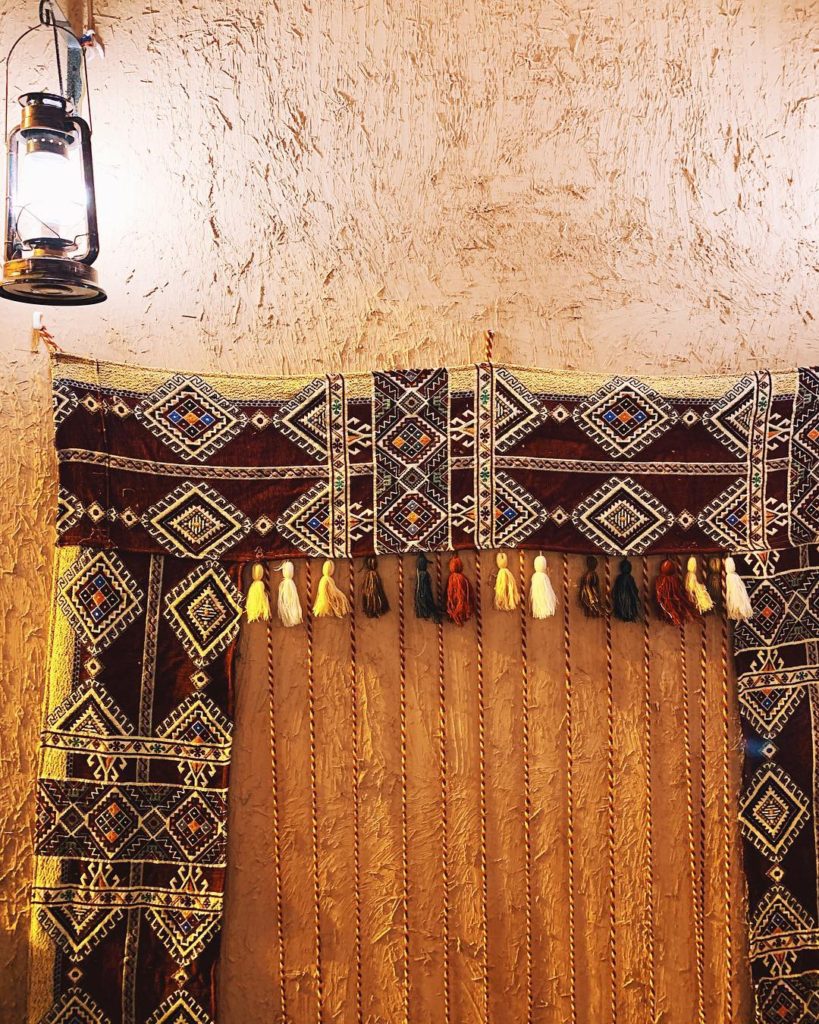 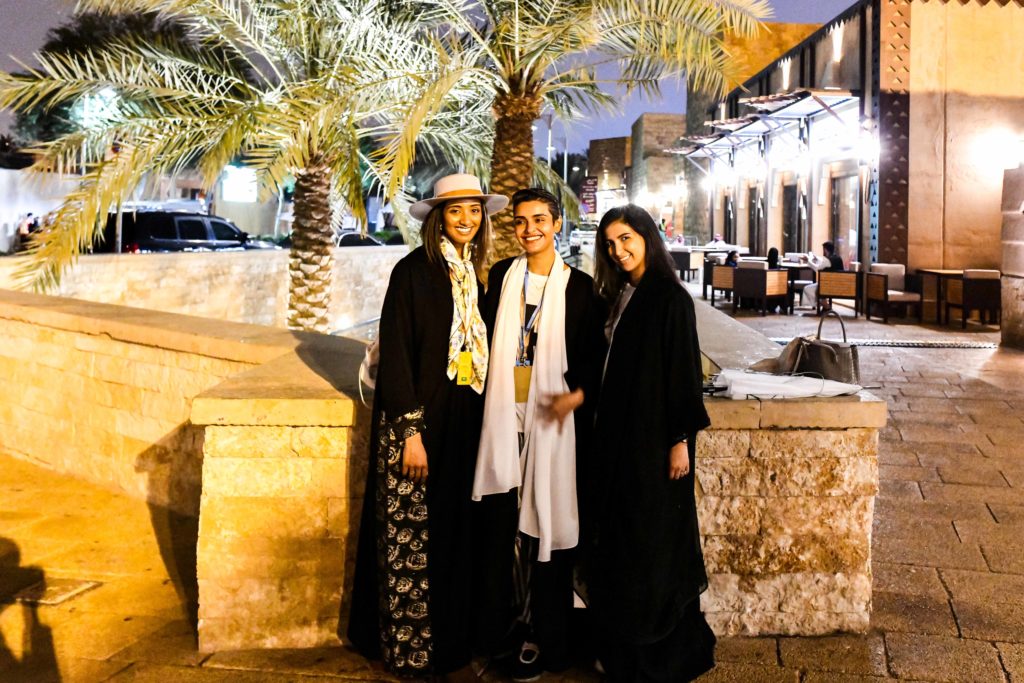 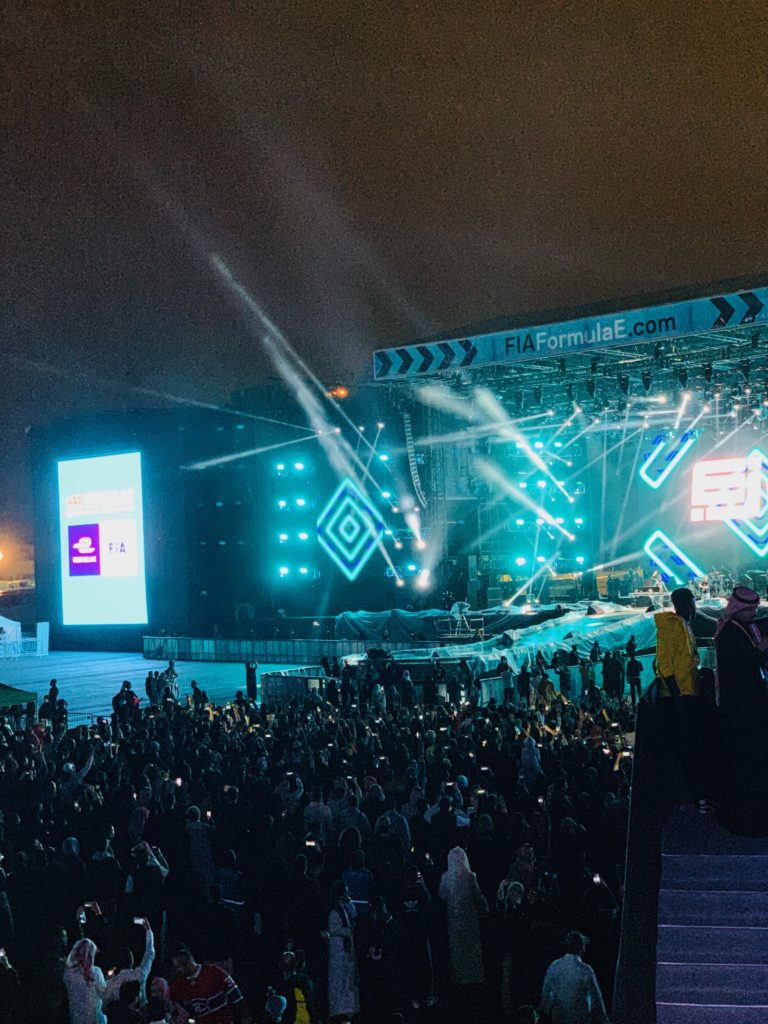 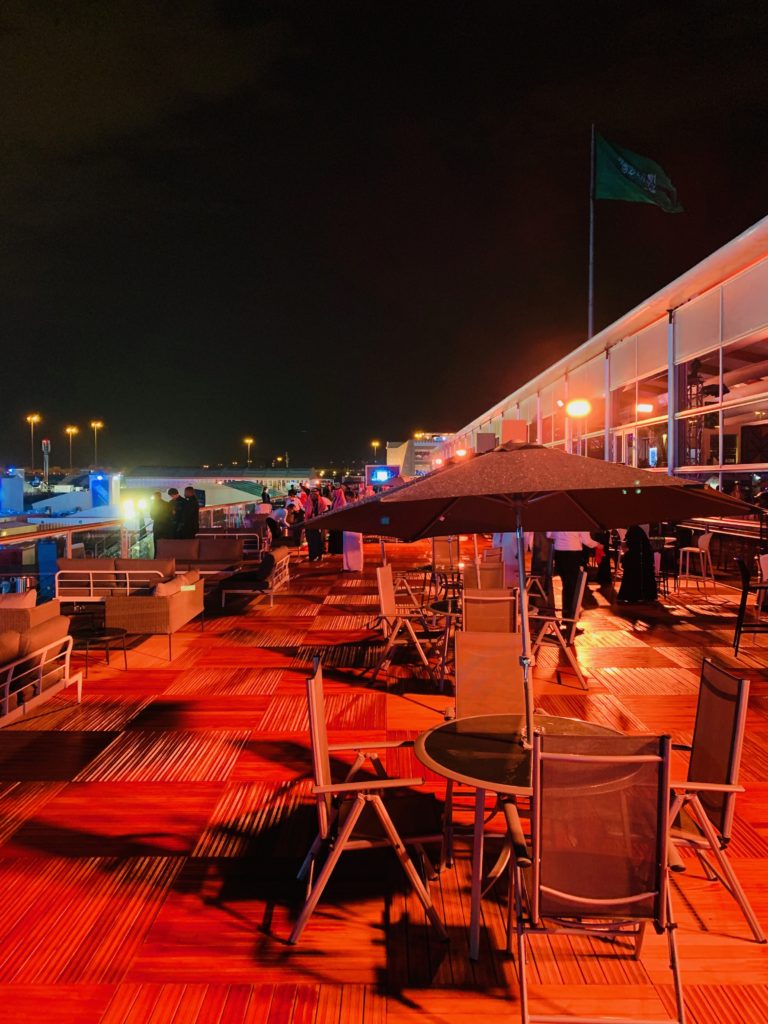 It is wild how you can become friends with people so quickly even with a large language and culture barrier. There were several things in Saudi Arabia I didn’t understand or was a little apprehensive of, but two things I know for sure is that the warmth of the people I met was genuine and the untouched historical heritage sites are truly incredible to behold. Do I recommend you visit as soon as they start letting tourists visit (2020)? Yes. Would I go back? Absolutely. 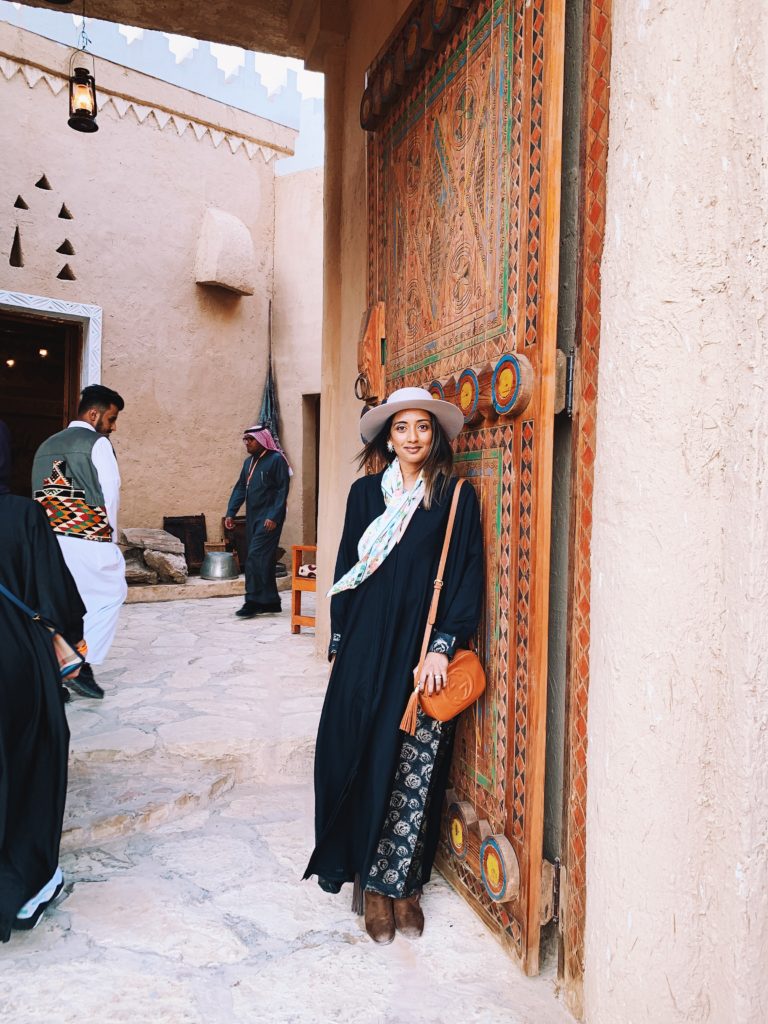 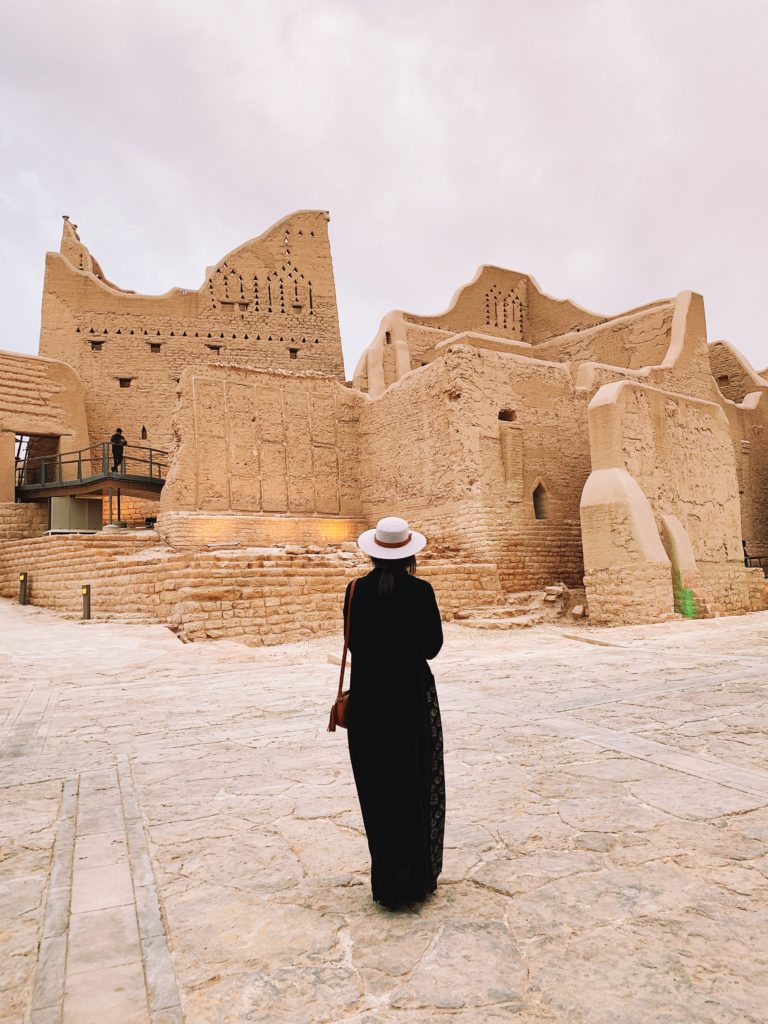 Previous articleLooking for High-Quality Dog Collars Without the Markup? Buy Brandless.
Next articleThe Moment I Found Out I Was Pregnant and How I Told My Husband

The One Dress Every Woman Needs In Her Closet

Back to School Essentials for Toddlers at Walmart

Summer Fashion Must Haves From Free Assembly at Walmart