Labor and Delivery With Baby Two During COVID

That January morning felt like any other day. I woke up feeling like the weekend went by too quickly, and like I didn’t sleep a full eight hours. I grumbled my way into the bathroom, eyes half open looking for my toothbrush and paste. You know when you’re brushing your teeth how you start thinking the most random of thoughts? Well, one of those thoughts reminded me that it’d been a week since my cycle was supposed to start, so I decided to take a pregnancy test.

I’m usually at leeeast one week late. Sometimes I’m even four, five, and six weeks late. Why?! I have PCOS (polycystic ovarian syndrome), a hormonal disorder common among women of reproductive age. Women with PCOS have infrequent (me!) or prolonged menstrual cycles or excess male hormone (androgen) levels. The ovaries can develop numerous small collections of fluid (follicles) and fail to regularly release eggs, making it harder to get pregnant.

Even though I know that… I take a test every time I’m late because a part of me hopes that God would create life when I least expect it. Does that make sense? I don’t like feeling disappointed after the tests obviously, but I’m just a hopeful gal who yearns for God’s timing and not planning everything on my own, down to the date and time. So maybe I’m a bit of a romantic, who didn’t know that? Plus, it was a Monday, so if it were negative, I’d add that disappointment to the fact that it was Monday ha!

I took the test, and it started with one line. I had a lump in my throat like, cool, another negative pregnancy test, I’m not pregnant. But then I saw this faint hint of another line slowly become more pigmented until it became a positive. I think time froze for a bit. I just held that test for several minutes in silence slowly repeating, “no way.”

The tears came quickly and the “no way” shifted to “oh my God oh my God, oh MY GOD!!!” I don’t know how long I sat in this awkward kneeling position in the bathroom just slowly registering that I was pregnant…I was carrying life. Almost instinctually I had my hand on my belly, quickly praying over the life that was forming within. I wanted to call my husband and tell him of course immediately! But you know what? That sucker asked my dad for permission to marry me in January 2015, and he didn’t even propose to me until May 2015. He made me wait and sweat it out, so I thought to myself, I’m going to give myself this day to enjoy this secret.

I think I walked maybe 100 laps around my house and just tried to process all that this meant. I was going to be a mom; in fact, I already was. I was carrying life. I was carrying a mixture of genes of mine and my husband’s, made in the image of my gracious God. Somehow, we had created life together. I decided to take a few more tests to be sure, and I also took some electronic ones. All of them came back positive. The electronic pregnancy tests are seriously the most fun. Because when you see the word PREGNANT flash up on that test, there’s no denying it.

I started plotting the way I would tell my husband. I drove to Marshalls and picked up a pair of cute little Nike baby shoes because homeboy has been looking for a running partner for the entire seven years we’ve been together, and I wrote him a letter. In my letter, I told him that he was finally going to get a running partner, our expected due date, why the Lord gave me the best life partner to go through this stage with, hopes dreams, and prayers for the baby, and just the genuine emotion of unbelievable blessing and joy that was pulsating through my body.

I laid it all out on the table with two of the pregnancy tests, balloons, and spent the rest of the afternoon daydreaming about what our life might look like. I scheduled my first doctor’s appointment for the following week and then called my husband to ask him what time he was coming home. He asked me what the urgency was and I made up some ridiculous lie that I taught one of our dogs how to fetch my phone. Sure enough, he was like “NO way! So cool!” Later when I asked him, “Couldn’t you tell by how weird I was being?” He said, “To be honest, you are always weird on the phone.” LOL thanks! 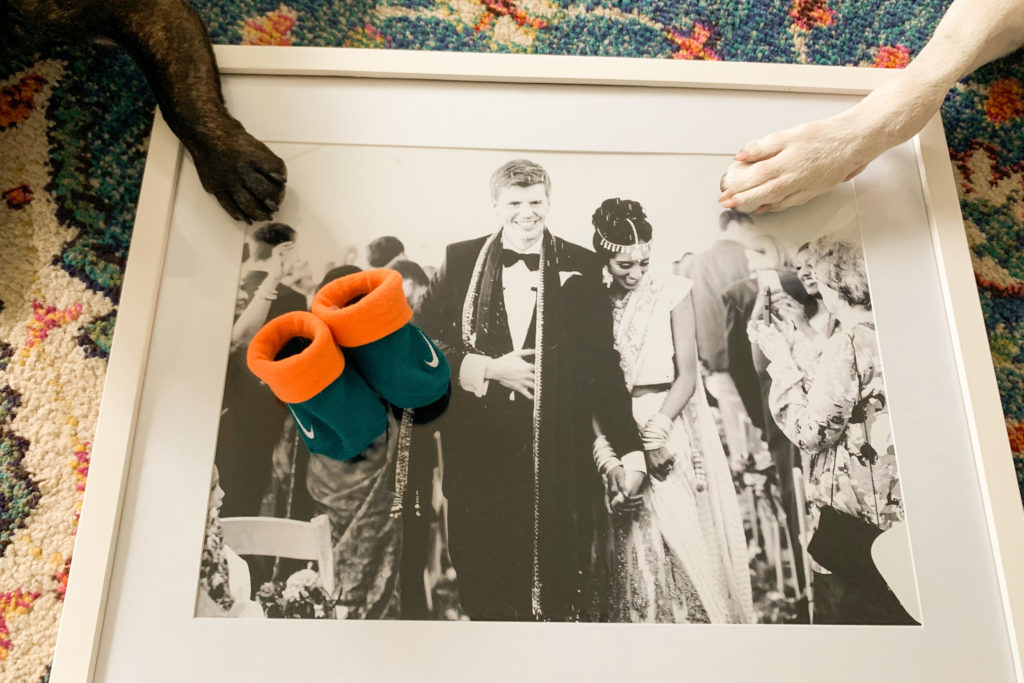 WHEN HE GOT HOME…

I had our favorite song ready to go, and as soon as he pulled into the driveway, it started playing. He walked in, telling me all about his day at work. Then he hugged me and cuddled the dogs while still talking about work. He looked at the table, looked away, and then very slowly looked back at the table. He paused, looked at me with the biggest grin on his face, and shouted, “NO WAY!”

We read the letter together, and he was in absolute shock. I’d had almost ten hours to digest the news, but that sheer joy and excitement on his face is something I will never forget. I thought about filming it but then decided to savor the moment in real time. He prayed over us, and then we just sat down and talked about all the ways in which God has blessed us and provided for us. We started dreaming and chatting and thinking, and in between moments of silence and joy we just looked at each other with eager eyes thinking, we have a baby on the way. My goodness. 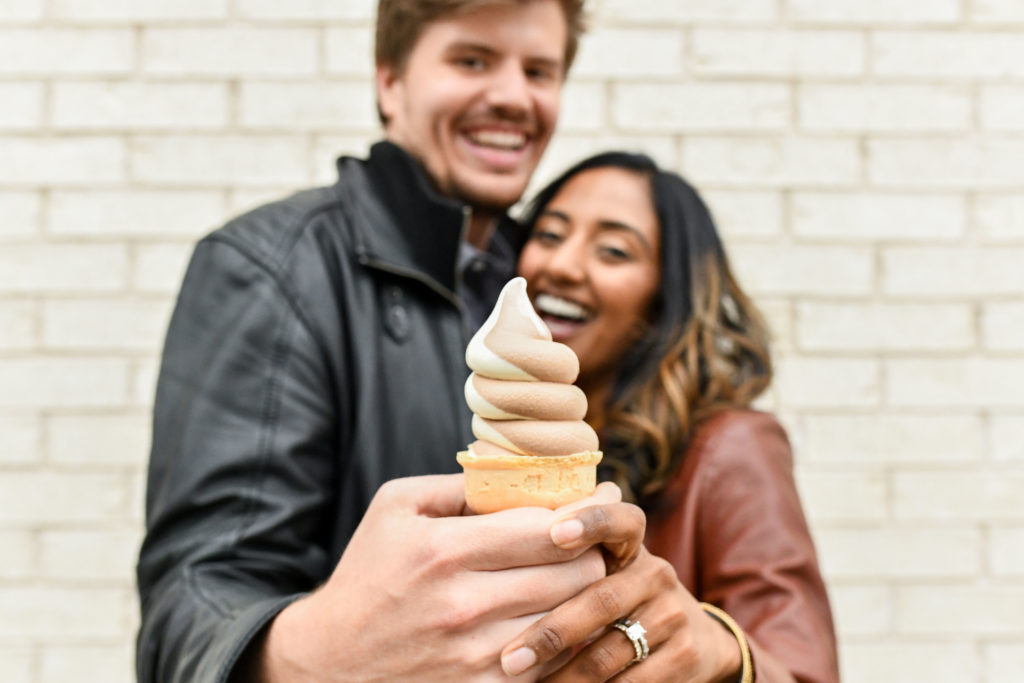 Previous articleMy Trip to Saudi Arabia: Part Three of Three
Next articleSpring Cleaning Tips for the Minimalist and the Mama to Be